To be granted a visa is not only a matter of having certain skills or belonging to specific categories of people.

In Australia, an applicant who hopes to obtain a visa must be aware of some specific requirements known as Public Interest Criteria. Australian society will benefit from applicants meeting these criteria.

For example, it is in the Public Interest to be of good health, so that the applicant’s conditions will not negatively affect Australia’s society and welfare system. Being of good character is also a prerogative to be granted a visa: what Country would be happy to host offenders and questionable people?

Starting from 2011, in parallel to these main “interests”, the Department of Immigration and Border Protection (known back then as DIAC) introduced the “Integrity” Public Interest Criteria, the infamous PIC4020.

The scope of the new regulation is to target and prevent fraudulent visa applications that would undermine the system’s honesty and principles. Progressively through the years, more and more visa subclasses have been affected by PIC4020, so much that the following visa categories are now assessed against this criterion:

Processing Officers can refuse to approve a visa if they suspect that a bogus document or information that is false or misleading have been provided in relation to the application, or if he is not satisfied of the applicant’s identity.

Moreover, the case officer has the discretion to look at visa applications that were made in the past. He then decides if any bogus document or false or misleading information was given in the current application or in those past applications, regardless of their outcome.

What is a bogus document or misleading information?

A document is “bogus” when it purports to have been, but was not, issued in respect of the applicant, or is counterfeit or was obtained because of a false or misleading statement.

For example, a fake English test certificate, issued in your name without you sitting the test. A false or misleading information is – by its own definition – a wrong message given with the intent of obtaining a result that would not be otherwise obtained. For instance, an applicant does not declare to have a child overseas from his/her former partner because he/she knows that the former partner will not agree in the child to undertake medicals.

Who is responsible in the context of PIC4020 provisions?

Let’s assume you have been the oblivious victim of a visa scam, where your “professional” (note: quotation marks in use) Migration Agent has knowingly uploaded a bogus document to favor your visa outcome. During the visa processing, the case officer finds out and catches you red handed. If you assume you can justify yourself and prove your innocence to avoid refusal you are very wrong…The provisions of PIC4020 are so strict that the applicant is accountable and held responsible for every declaration made in the application as well as each document presented.

What are the consequences of a visa refusal under PIC4020?

There are two main consequences to bear in mind: if your visa is refused for bogus documents or misleading information,

you face an exclusion period of three years.

It means, you will be prevented to apply for any other visa (temporary and permanent) for a period of three years following the refusal; even worse, if you fail to satisfy the officer of your identity, the exclusion period is extended to ten years.

Professional (note: no quotation marks this time) Migration Agents will have specific clauses in their contract that enables them to stop working for you if a possible PIC4020 is discovered. An agent who lodges an application despite an integrity threat causes damages on multiple grounds:

In most cases the answer is yes. DIBP dislikes many things, but lies are the worst. However, the three year ban may be lifted in some particular circumstances. There is no waiver for the ten year ban.

Eligible circumstances exist where a person can show that the grant of the visa is:

The decision to waive the application of PIC 4020 on these grounds is within the discretion of the case officer assessing the application and will depend on the particular merits of each case. 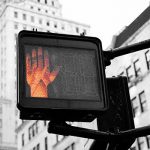 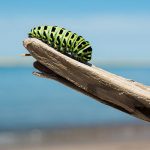